A hope for Alzheimer’s: Lecanemab breakthrough from the research community

The companies Eisai (JP) and Biogen (USA) recently announced promising results from their Phase 3 clinical study of lecanemab, an investigational anti-amyloid beta (Aβ) protofibril antibody, for the treatment of mild cognitive impairment (MCI) due to Alzheimer’s disease (AD) and mild AD. These latest findings generated much press coverage, suggesting a new hope for AD patient treatment. In order to obtain perspectives from neuroscientists, FENS reached out to member experts Prof. John Hardy, Chair of Molecular Biology of Neurological Disease at the UCL Institute of Neurology and Brain Prize winner (2018), and Prof. Tara Spires-Jones, Personal Chair of Neurodegeneration, Deputy Director of the Centre for Discovery Brain Sciences at the University of Edinburgh and FENS Kavli Network of Excellence (FKNE) alumna. 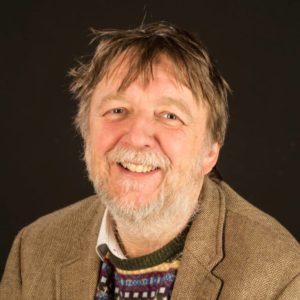 According to Eisai’s press release, the therapy reduced cognitive decline on the global cognitive and functional scale (CDR-SB) by an impressive 27% during an 18-month evaluation of lecanemab treatment on 1,795 people with mild cognitive impairment due to AD or mild AD, with confirmed amyloid accumulation in the brain. Regarding the importance of this finding, Prof. Hardy indicated, “There are three reasons why this is an important result: first of all, it is the first therapy to have worked, second it points to what other amyloid therapies need to do in terms of amyloid removal from the brain and third, IR proves that the amyloid hypothesis is right. It is the first treatment to remove amyloid from the brain (Aducanamab also did, but not as much). All the other antibodies stopped the build up, but did not remove it.”

He added, “Currently, we know that most of the genes involved in late onset disease are microglial… We still need to understand the precise role of microglia in amyloid deposition. Unfortunately, the clinical trials themselves take close to 5 years and so the process is inevitably slow.” Time is still needed for further development and testing of this treatment. The latest lecanemab findings represent a promising start, but not a cure for AD. More research must be funded to advance our understanding of the disease and to ensure alignment with existing therapies. Prof. Hardy noted that “We need a consistency in funding, allowing us to ideally work on getting tau therapies and microglial therapies to complement the research done.”

Eisai will discuss the results of the Clarity AD study with regulatory authorities with the aim to file for traditional approval in the US and to submit marketing authorisation applications in Japan and Europe by March next year. Currently, there are more than 55 million people in the world affected by dementia and there are nearly 10 million new cases every year. This means that further developments in AD-related treatment will be closely followed by patients everywhere. Due to the impact and importance of new AD treatments and research, FENS continued its conversation with Prof. Tara Spires-Jones, who is leading novel research investigating the contribution of non-neuronal cells to synaptic loss in AD at the UK Dementia Research Institute in Edinburgh, Scotland.

There was a spike in global attention regarding Azheimer’s Disease (AD) with the recent press releases about lecanemab. Clinical trials showed

that there was a reduction in cognitive decline in patients in the early stages of the disease. Why is this an important result?

TSJ: This result is important as it is the first time that a drug has succeeded in modifying the course of Alzheimer’s disease. All previously approved drugs treat the symptoms but do not slow the functional decline in people living with Alzheimer’s. This is fantastic news that represents decades of fundamental neuroscience research. However, it is important to note that this drug was not a cure. People taking lecanemab still had declining cognitive function but they declined 27% more slowly than people taking the placebo. It is not clear yet how much difference this will make in people’s lives but the hope is slowing the disease even slightly will give people more quality time with their families.

TSJ: Lecanemab is an antibody that recognises amyloid beta, one of the sticky proteins that clumps in the brains of people with Alzheimer’s disease. Other antibodies have been tried and failed in clinical trials. These were to slightly different types of sticky amyloid beta, which may explain the difference in outcomes. Clinical trials have also been evolving and improving to allow accurately identifying people with Alzheimer’s at the early stage of the disease.

Why does it take so long to understand and find drugs and treatments for brain diseases like AD and why is the process so expensive?

TSJ: The brain is an incredibly complex organ with over 100 billion neurons connected by 100 trillion synapses. We don’t fully understand how the healthy brain works due to this complexity, which is one of the reasons it is so difficult to find effective treatments for brain diseases like Alzheimer’s. The brain is also protected by the blood-brain-barrier, making it difficult to deliver treatments at high enough concentrations to work effectively. Overcoming these difficulties is expensive as is testing to be sure that experimental treatments are safe enough to give to people.

From a research perspective, what do we currently know about AD and what is there left to discover?

TSJ: Over the past century, we have learned a large amount about the brain changes that cause Alzheimer’s. We know that pathological proteins amyloid beta and tau accumulate in the brain and spread through neural circuits. We’ve learned that amyloid changes occur early in the disease and that in rare inherited forms of Alzheimer’s that changes in amyloid can directly cause the disease. Amyloid pathology is toxic to synaptic connections which are very important for memory.

However the accumulation of amyloid does not track closely with symptoms at all, in fact, amyloid pathology builds up for decades before symptoms occur. On the other hand, the build-up of tau and its spread through the brain closely predicts cognitive decline and tau pathology kills cells in model systems, meaning that targeting tau is more likely to be effective in later stages of disease. Beyond amyloid and tau, we’ve also learned that changes in the brain’s immune cells called glia are important for Alzheimer’s disease with many genes that increase risk of disease found in these cells. We’ve also learned about risks for developing Alzheimer’s including ageing, inheriting unlucky genes, and environmental risk factors. Keeping physically active and staying in education for many years are strongly associated with decreased risk of Alzheimer’s. Poor diet, a sedentary lifestyle, and social isolation are associated with increased risk. Despite this progress, many important questions remain. We still do not know exactly how brain cells die, which will be very important for developing treatments to stop cell death. We don’t fully understand how genetic and environmental risk factors change the brain to cause Alzheimer’s disease. And we don’t know how the two pathological proteins amyloid and tau are related.

What specific AD-related research are you working on now? How does it complement other promising research to increase our overall understanding of the disease?

TSJ: We are working on several important questions including how synapses degenerate and how glial cells called astrocytes and microglia are involved in this. We’re also investigating how ageing changes the brain to make it more susceptible to disease.

Is there a need for more funding directed towards research on AD and other neurodegenerative diseases?

TSJ: There is definitely a need for more funding. Compared to cancer research for example, dementia research has been chronically underfunded. In the UK in 2019 for example, dementia research was funded 5 times less than cancer research. As we learned during the global pandemic, a huge infusion of funding was able to build on fundamental research in the field to develop vaccines in record time. Similar gains are possible in the dementia field with investment.

If you had unlimited financial and technical support, who (in general) would be on your dream lab team and what AD research question(s) would you focus on?

TSJ: With all of the money and tools, I would continue to ask the key remaining questions in AD research around mechanisms of synapse and neuron death. But we’d be able to do more and faster experiments for sure! I’m also extremely lucky to already work with a dream team of diverse, kind, driven, smart scientists.

As we wait for drug approvals and research discoveries, is there anything that people can do in the meantime to either help prevent, delay or cope with AD?

TSJ: For now, we can all reduce our own risk of developing Alzheimer’s disease by leading a healthy lifestyle and keeping our brains and bodies engaged. People living with Alzheimer’s and healthy people can also participate in research. This not only helps people in the future but people who participate in research generally have better outcomes even if the experiments don’t work because they are closely looked after by a team of researchers. Finally, we can all vote for politicians who will support and fund neuroscience to make future breakthroughs possible.

About the Federation of European Neuroscience Societies (FENS)

Founded in 1998, the Federation of European Neuroscience Societies is the main organisation for neuroscience in Europe. It currently represents 44 national and single-discipline neuroscience societies across 33 European countries and more than 22,000 member scientists. Discover FENS and subscribe to our biweekly News Alert, with information on our latest calls and activities.