The 12th IBRO-Kemali International Prize for Research in the field of Basic and Clinical Neurosciences has been awarded to Dr Hailan Hu. Dr Hu will be giving a featured lecture at the FENS Forum of Neuroscience in July 2020 in Glasgow.

The IBRO-Kemali Foundation Prize Committee is delighted to announce that the 12th IBRO-Kemali International Prize for Research in the field of Basic and Clinical Neurosciences has been awarded to Dr Hailan Hu, Professor at the Centre for Neuroscience, School of Medicine, Zhejiang University, in Hangzhou, China.

The Committee selected Dr Hu “in recognition of her impressive work on the fundamental neurobiological mechanisms of emotional and affective behaviors based on very advanced, state-of-the-art methodologies, which she contributed to develop. Overall, she has an outstanding productivity and a well-established, high profile in systems neuroscience, a rapidly expanding and very competitive field.”

Dr. Hu will be awarded the prize and its award of 25,000 EUR by the IBRO President at the next FENS Forum taking place in Glasgow, Scotland (11-14 July 2020). She will also give the Forum’s IBRO-Kemali special lecture, From Pecking Order to Ketamine – Neural mechanisms of social and emotional behaviors.

The IBRO-Kemali Prize Committee congratulates Dr. Hu on her outstanding scientific achievements and hopes that this recognition will help advance her future research.

About the IBRO-Kemali International Prize: The IBRO Dargut and Milena Kemali International Prize for Research in the field of Basic and Clinical Neurosciences is awarded every two years to an outstanding researcher, under the age of 45, who has made important contributions in the field of Basic and Clinical Neuroscience. The prize award is 25,000 Euros, and the winner is invited to give a featured lecture at the FENS Forum of Neuroscience, the largest international neuroscience meeting in Europe, held every two years on even years. 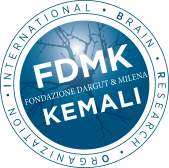