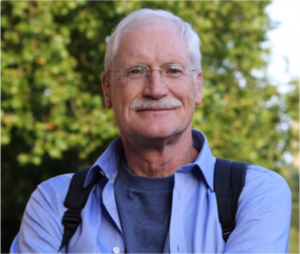 Professor Wolfram Schulz is a Professor of Neuroscience at the Department of Physiology, Development and Neuroscience and the Behavioural and Clinical Neuroscience Institute at the University of Cambridge. He received his MD from the University of Heidelberg in 1972. He then went on to complete three postdoctoral research fellowships – with Otto Cruetzfeld at the Max-Planck Institute for Biophysical Chemistry in Gottingen, Germany, the John C. Eccles at State University of New York at Buffalo in the United States, and the Urban Ungerstedt at the Karolinska Institute in Stockholm, respectively. In 1977, Schultz moved into a junior faculty position at the University of Fribourg Switzerland, where he completed his “habilitation” (an advanced PhD) in physiology and launched his own research laboratory. In 2001, Schultz moved his laboratory to the University of Cambridge in the United Kingdom, where he became a Wellcome Principal Research Fellow and Professor of Neuroscience. Prof Schultz has received numerous honors and awards for his work on reward processing and decision making, including the 2010 FENS–EJN Award and the 2017 Brain Prize. He is also a Fellow of the Royal Society and a past president of the European Brain and Behaviour Society. 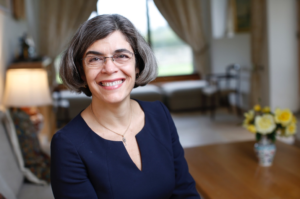 Professor Anna Christina Nobre (also known as Kia Nobre) is a cognitive neuroscientist interested in understanding the principles of the neural systems that support cognitive functions in the human brain. She is currently the head of Department of Experimental Psychology and Brain & Cognition Lab, chair of Translational Cognitive Neuroscience, director of Oxford Centre for Human Brain Activity and professorial fellow at St Catherine’s College and honorary fellow at New College.  She obtained her PhD (1993) and carried out postdoctoral research at Yale University and then became instructor at Harvard Medical School, working with Marsel Mesulam at the Behavioural.
Neurology Unit of Beth Israel Hospital. She moved to Oxford in 1994 to take up a McDonnell-Pew Lectureship in Cognitive Neuroscience and a Junior Research Fellowship at New College. Her current research looks at how neural activity linked to perception and cognition is modulated according to memories, task goals and expectations. In addition to revealing the basic mechanisms of these large-scale dynamic regulatory mechanisms, she is interested in how these develop over the lifespan, and how they are disrupted in psychiatric and neurodegenerative disorders. Her work integrates behavioural methods with a powerful combination of non-invasive techniques to image and stimulate the human brain, such as electro- and magneto-encephalography (EEG and MEG), structural and functional magnetic resonance imaging (MRI), and transcranial magnetic stimulation (TMS). 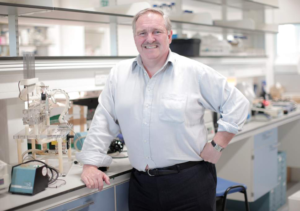 Professor David Nutt is currently an Edmond J. Safra Professor of Neuropsychopharmacology and the director of the Neuropsychopharmacology Unit in the Division of Brain Sciences. He is also editor of the Journal Psychopharmacology and the president of the European Brain Council. He studied medicine in Downing College Cambridge, where he graduated in 1972. He completed his clinical training at Guy’s Hospital London and his psychiatric training in Oxford. He stayed in Oxford as a lecturer and then as a Wellcome Senior Fellow in psychiatry. David Nutt spent two years in Bethesda, USA as Chief of the Section of Clinical Science in the National Institute of Alcohol Abuse and Alcoholism at the NIH. He then returned in 1988 to establish the Psychopharmacology Unit at Bristol University. Finally, He moved to Imperial College London in 2008 where he leads a group focused on brain imaging, especially PET. He is best known for his advocacy for fact-based government handling of the drug issue, and the ensuing controversies it created. He received the 2013 John Maddox Prize for standing up for science and the Lifetime Achievement Award from the British Association of Psychopharmacology in 2016. 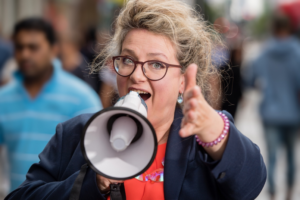 Professor Sophie Scott is the deputy director and the head of the Speech Communications Group in the Institute of Cognitive Neuroscience at University College London (UCL). She is also a member of the British Psychological Society, the Society of Neuroscience, the Cognitive Neuroscience and the Experimental Psychology Society. She obtained her PhD in Cognitive Sciences at UCL in 1994. She then joined the Medical Research Council Cognition and Brain Sciences Unit in Cambridge for 4 years and finally returned to UCL as a Research Fellow. Sophie Scott was elected a Fellow of the Academy of Medical Sciences in 2012 and a Fellow of the British Academy in 2016. She is also known for her public engagement work, she notably appeared on national radio, was invited to present her work at a TED talks conference and delivered the annual Christmas Lectures at the Royal Institution in 2017. For all her work, she was awarded the UCL Provost’s Award for Public Engagement in 2012-2013.
Her group is interested in understanding how the brain processes the information in speech and voices and how it controls the production of the human voice. She is studying the roles of streams of processing in auditory cortex, hemispheric asymmetries and the interaction of speech processing with attentional and working memory factors. She is also interested in individual differences in speech perception and plasticity in speech perception, since these are important factors for people with cochlear implants. Sophie Scott also works on the expression of emotion through the voice and, in particular, the neuroscience of laughter.