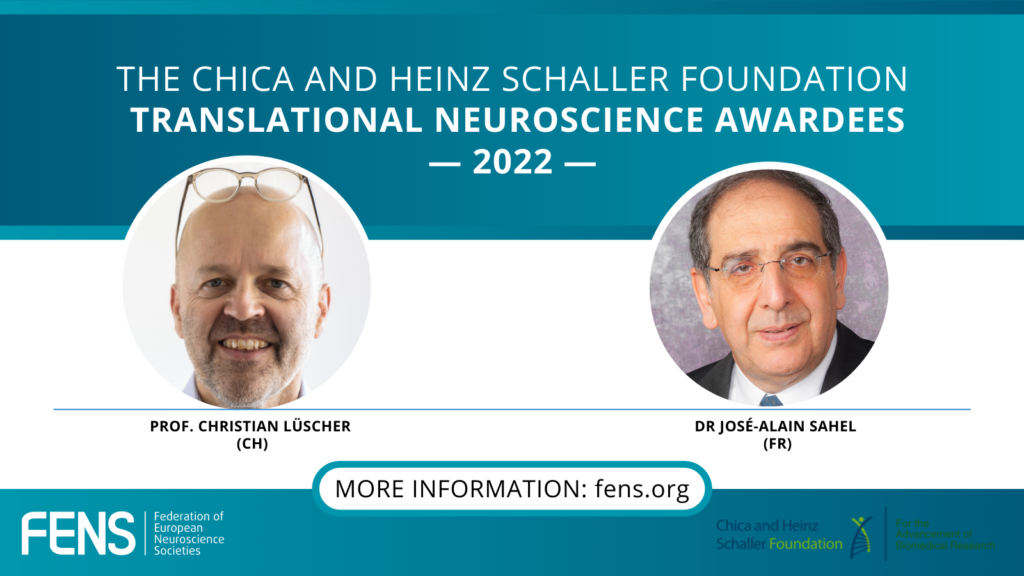 Prof. Christian Lüscher is a neurologist and full professor of neuroscience at the University of Geneva, Switzerland. Prof. Lüscher’s research group focuses on the circuit alteration underlying drug addiction and neural mechanisms of motivated behaviour. The group has identified drug-evoked synaptic plasticity as a cellular substrate of circuit alterations. Several projects now aim to translate circuit neuroscience advances into human research. He is behind the idea of “optogenetically inspired deep brain stimulation” (short OptoDBS), drawing blueprints for novel stimulation protocols based on optogenetic investigations. Prof. Lüscher is a member of the Swiss Academy of Medical Sciences senate and serves on many local, national, and international committees to defend the scientific community’s interests. Since 2019 he has been the president of the basic science section of the Geneva medical faculty.

Dr José-Alain Sahel is a clinician-scientist who developed a groundbreaking neuroprotective therapeutic strategy to rescue sight, now in translation, and launched first-in-man studies with electronic retinal implants, gene and cell therapies to restore vision in patients with retinal dystrophies. He is the lead ophthalmologist on a clinical trial documenting for the first time partial visual recovery after optogenetic therapy in blind patients with late-stage inherited retinal disease. Dr Sahel is a distinguished Professor and Chairman of the Department of Ophthalmology at the Pittsburgh School of Medicine (US), Exceptional Class Professor of Ophthalmology at Sorbonne Université, Founding Director of Institut de la Vision, and Director of Institut Hospitalo-Universitaire FOReSIGHT (FR).

The Chica and Heinz Schaller Foundation Award in Translational Neuroscience recognises significant achievements by an individual in translational science, particularly those where fundamental and conceptual understanding of the nervous system has been brought to support clinically relevant progress. Scientists who have made sustained and significant steps in the translation of neuroscience into other scientific areas and domains and vice versa may also be recognised